This is great!  I just received an email that Major League Baseball is now following this blog on Twitter!   It’s just pretty exciting to know our little blog is recognized to have at least some merit.  MLB follows less than 1% of 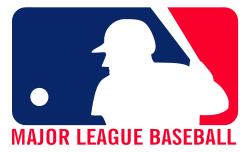 the Blogs that follow them so I feel very lucky to have been chosen.  GFBB was started on May 10, 2010, and in it’s short life has received over 3,200 hits.   It has a regular following of baseball fans and for that I truly thank you!   It’s just a lot of fun and I hope it can go on for years.  Okay.  It’s midnight and I’m going to bed now.  Totally exhausted from watching the Giants and their 16-5 victory, and now this news from MLB ~  it’s just too much excitement for one night!   Thanks again.  Baseball fans are the greatest!   We’ll talk again soon :))

Gimme a Break! ……Is this Baseball Season or Not??

Boy, I’m telling you, this time of year it gets really frustrating trying to read the sports section in the morning

newspaper.    I went to a game this week-end and couldn’t wait to get up in the  morning and read all about it in the paper from  a  local sportswriter’s perspective.   This was a game of monumental importance!   This was a game between two teams vying for first place in their division and where do you think I finally found it?   Bottom of Page Three!   The front page of the sports section was dominated by, you guessed it,  “f o o t b a l l “,  and the 2nd page was all about “g o l f”,  and not even professional golf, but high school golf!   And the top of Page Three wasn’t about other baseball teams either.  It was about Lance Armstrong and cycling.   Is baseball not America’s favorite pasttime?   I understand some might find the season a little long.  Okay, maybe really long, but when  ESPN starts showing daily doubles and NFL rookie interviews  before they show  highlights of today’s actual division games that have a significant meaning in the league standings, something has to give.  And this happens every year.

So today I finally broke down and bought an annual subscription to MLB Magazine and set up the  Online Edition of the  Mercury News so I can get my morning “fix”.   I really hate giving up my newspaper.  There’s something very enlightening and peaceful about settling down each morning with my coffee and newspaper  in hand, chuckling at the play-by-plays reported by another sports fan/writer with a really great sense of humor.  But so be it.   This entire scenario reminded me of a George Carlin routine I’d heard about the differences between football and baseball.  I finally found it and posted it here for you to see.   Unfortunately, you can’t watch it in bed with your morning cup of coffee, but hope you enjoy it anyhow.

Best Players in Past 58 Years ……. A Mathematical Study!

I came upon an interesting study a few months ago.  It was written by Don Davis, Mathematics Professor at Lehigh University, Bethleham, PA.   There’s a lot of criteria used in determining different aspects of this study, but for the most part the players names are all recognizable and only a few to make the list are surprises.   The following table lists the top five All Star Teams, using 4 pitchers per team.    It also lists the overall rating percentage by player.   Take a look:

Are you kidding me?  Can you even begin to imagine a game with all of these guys on the same team?  What was particularly interesting to me is  that mathematically Roger Clemens is the highest rated pitcher and Barry Bonds is the highest rated batter.   These  ratings are through the 2009 season,  and personalities and private lives are not taken into account.   This is just  using good old fashioned baseball statistics.

I found the study intriguing and spent a lot of time viewing the criteria used in coming up with the lists.  Rather than go into all the particulars here, you can view the study yourself @ Lehigh University   http://www.lehigh.edu/~dmd1/baseball.html

This information is being used with the permission of Professor Davis.

This day in Baseball History………Hazard at the Ballpark!

Imagine.   You’ve played 4 innings of an otherwise uneventful ballgame and are warming up for the 5th.    After throwing the ball around the field, you lob it into the catcher to start the next inning, and BAM!!!   A seagull flies right into the darn thing, falls dead to the ground, and you’re hauled off to the police department to face charges.  That’s one you won’t forget!   And this is kinda sorta before the nutcases surface that are trying to protect the tutsigz ant from forever being extinct.   I thought this little ditty was so intriguing it sent me to the baseball archives to see what other oddities and potential hazards might be lurking out there

A few years ago a fan was cheering for her local baseball team, sitting close to the dugout.   She took a look at the score board and “boom” it hit her!   A foul ball slammed into her face, ripping her lip, shattering her teeth and fracturing her palate.   This type of thing doesn’t happen very often, but more often than you’d think.  Usually it says on your ticket that liability is very limited.   Recently we had seats right behind left field.  I spent an entire week-end trying to dig up an old mitt, knowing we’d be sitting in “home run territory”.  As it was, the guy next to us spent most of the game at the beer stand and asked me to take care of his mitt.   No home runs our way this time but you just never know.

On March 25,2001, during the 7th inning of a Diamondback/Giants game, Randy Johnson sent a

lethal pitch towards the catcher’s mitt, only to hit and kill a dove who flew in front of home plate at exactly the wrong time!  The pitch sent the bird over the catcher’s, Rod Barajas’, head and landed a few feet from the plate amid a sea of feathers.  He explained later he was waiting for the ball, expecting to catch it, and all he saw was an explosion, feathers flying everywhere.   The bird literally disintegrated.  Pundits mused because it was a bird it was a “fowl” ball.  Others commented the bird obviously wasn’t a baseball fan or he wouldn’t have flown within 5 feet of home plate – in any direction – when Johnson was pitching!   The official ruling from the umpire was “No Pitch” and play resumed.

On a lighter note, The San Diego Chicken mascot appeared at a Chicago Bulls game (wrong sport!) back in January, 1991, and in his enthusiasm tackled a cheerleader (must have run out of pickup lines) and injured her.  She sued the chicken and was awarded $300,000 for her injuries.

In July, 2000, the Florida mascot, Billy the Marlin, fired his trusty air-pressurized T-shirt Gun into the stands, accidentally hit an elderly male fan in the head, hitting him unconscious.  He recovered and, naturally, filed a lawsuit.

On August 24, 1919, Cleveland pitcher Ray Caldwell is flattened by a bolt of lightning in his debut with the team. He recovers to get the final out of the game, and defeats Philadelphia, 2-1

Going way back, August 24, 1886 – Just as he reaches the ball on a long hit by Jimmy Wolf, Reds center fielder Abner Powell’s pants are grabbed by a stray dog.  Wolf circles the bases with the homer that wins the game for Louisville 5-3 in eleven innings

In 1998, the infamous Phillie Phanatic cost his team $2.5 million after he aggressively hugged a store employee at a grand opening.  Phillie is the most sued mascot in baseball history, known especially for flipping trays out of concession workers’ hands and causing grief  just about everywhere he appears in the stands.

Just remember, if you’re going to the ballpark, take a mitt, wear a motorcycle helmet or some other protective device,  stay alert and watch out for those dogs and birds!