The 2011 postseason began today but something’s different this year.  One of the most exciting times in baseball all of a sudden seems like it’s just another day.  Could it be that I still haven’t recovered from the postseason play of 2010?

The media had been inundated with the 2010 San Francisco Giants Cinderella story.  It was magic.  But the stories of late haven’t been so much about the magic of  last season as it is about the everyday mundane normalcy of this season.   How could this happen or more-so why did it have to happen?   I have a theory. 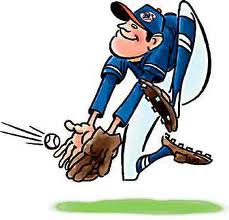 Historically the World Series champion has only won back-to-back championships on three separate occasions with exception of the Yankees.  They don’t count.    The returning 2011 Giants were basically the same team that won the 2010 World Series.   That 2010 team played their heart out.  When they realized in August they had a shot at the division title they went for it.  They scratched and clawed and mowed down everything in sight and they won.  And then they won again and again and they won the Pennant.  Then they won again and again and again and they won the Championship.  And then they returned to the adoration of a million fans screaming their hearts out in appreciation of what they had done.   After it was all over in mid-November, they went back to their individual homes across the country and they collapsed.  They were exhausted.  They rested for 6 weeks and then they started all over again.   And they were still exhausted.

And I believe that’s how it is for World Series Champions historically.  I understand all of this because, you know, I was exhausted too.  As fans we went through all of those torturous games with our teammates and we laughed and cried and shared the joy of the entire experience with each and every one of them and we were tired, worn out, and exhausted too.

I’ve been reading a lot of gibberish this week about the fall of the San Francisco Giants kingdom and it’s just that.  Gibberish.  It seems everyone’s placing blame somewhere, on someone, and it’s getting really personal, you know, about individual players.  They’re paid too much, not paid enough,  too slow, too fat,  too lazy.  Ugghhh!

The 2010 Giants were not an extraordinary team.  They were an okay, average team with a really good pitching staff.   The reason they won their division had more to do with the San Diego Padres choking  than it did with the Giants winning.   But they did win and found themselves in the post season and we were thrilled.

But now its over and its okay.  I’ve written comments throughout this season  exclaiming my euphoric state and happiness that the Giants were World Champions and if they never ended up in post season play again, ever, I could easily rest  on my (well okay, “their”) laurels.  It was that good.

And I think maybe the San Francisco Giants may have felt a little of that too as they began spring training, not really sure what had happened that previous season, and not really wanting it to end, still in a euphoric state of mind, just needing and subconsciously taking a little break.

At least that’s what I think probably happened and that’s how I’m going to always  remember it and its cool ~ the San Francisco Giants just taking a little break in 2011.