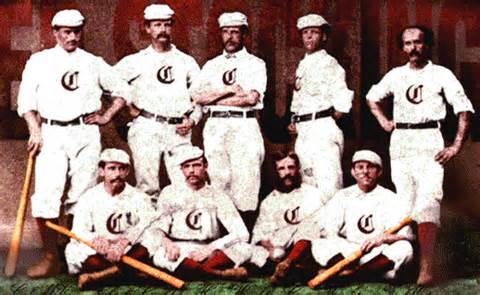 I “Stumbled” on this great post that lists the origins of all 30 Major League Baseball Teams.  It appears the Boston Red Sox hold the oldest named team dating back to the 1860’s, popularized by the Cincinnati Red Stockings from 1867-1870 and used by Boston’s National League franchise from 1871-1876.

But the actual team name origin that’s  with the same team is the San Francisco Giants, formerly the New York Giants, that dates back to 1885.