Leesburg, Georgia …. What’s Going on Down There? 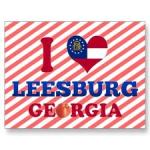 Phillip with his Parents 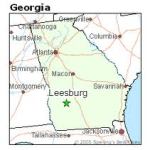 Who ever heard of Leesburg anyway?   The name kept going through my head all week as I was anxiously awaiting the results of this year’s American idol winner.   Philip Phillips is one of the two finalists.  Philip is from Leesburg.  Where have I heard that name before?  And then it hits me ~ our very own Buster Posey is from Leesburg, GA.  A quick search on Wikipedia confirmed it.  But for Pete’s sake, the total population of Leesburg according to the last census is only 2,965, so I can’t help but wonder what the heck they’re feeding those kids down there.  Or maybe it’s something in the water.   Whatever it is the place is oozing with talent.

Buster’s sister, Samantha, is on the Valdosta State Softball team that just won the 2012 NCAA Division II National Softball Championship this year.    Well it appears they’re doing something right in Leesburg.  Maybe the rest of the country should take note.   I mean, what’s the odds of having these (and who knows how many others)  like-able, humble kids make it to the big time, at the national level, from a little podunk town in Georgia.

So hats off to the parents, teachers and townsfolk of Leesburg, GA.   Send some more our way.   Let’s spread, whatever it is you’ve got, around a little bit!