Nothing New about the “New Slide Rule”.

The basic premise of this rule has always been in effect.  They just didn’t use it.  It was always up to the umpires, but rather than getting out of their comfort zone, they chose to ignore it.  Really, just the name “Takeout Slides” defines the action.   It doesn’t always have to do with Chinese food or pizza.   Takeout in this context meaning;  “To cause to die; kill or destroy”. 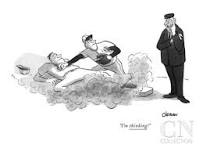 I don’t know.  I’m just saying the umpire is supposed to have total charge of the game.  In the Buster Posey-Darrell Cousins home plate slide, the umpire, who was standing directly over the play at the time it happened, even had the gall to rule the runner safe (which he was not).  Replay photos showed that Cousins plowed out of the baseline directly at Posey, who was standing out of the baseline and not on home plate, attempting to dislodge the ball from Posey, who never had the ball in the first place.  Posey was injured and out for the rest of the season, and this game was in April so it was a big deal!

This happened a lot.  Sure would be nice if some of these umpires would have stepped up to the plate (no pun intended) and said something like “No More! This ain’t gonna happen on my watch,” like the NFL did when they made it illegal to spear with their helmets, with no intentional blows to the head.

And now they’re calling it the Chase Utley Rule.  Yah – let’s keep Utley’s name alive and well for the glorious honor of breaking a guy’s leg with an illegal play. How about naming it the  “Ruben Tejada Rule, Marco Scutaro, Buster Posey, Ray Fosse  or the Willie Randolph Rule for the injured player instead of naming it for the guy who intentionally and maliciously attacked and injured a fellow ballplayer who was just trying to do his job?

The rule’s always been there.  The only thing that’s changed is the  instant replay part and a penalty that the runner and hitter are both out.  Here’s an idea!  Let’s leave the penalty in and add another …. like, automatically throwing the perpetrator out of the game.  Twice, and he’s out for the rest of the season.

Back in 2006, the Supreme Court of California ruled that baseball players in California  assume the risk of being hit by baseballs, even if the balls were intentionally thrown so as to cause injury.  The powers-that-be over at Major League Baseball must not have heard about this one, or we’d have to wait for another broken leg or two to get some action.

While writing this, I borrowed some excerpts from my post back  in February, 2014, “Revisiting the Posey Play – OR – Getting the Umpire out of his Comfort Zone.”

Posted in A1 Baseball

I’ve got this thing about umpires.  My dream is to write a really great comprehensive book about past and present umpires, their challenges and what they mean to the game.   So last night’s NLCS game between the Cards and Giants gave me some new fodder.   Here’s my thoughts on that Matt Holliday attack on Marco Scutaro at 2nd Base in the 1st inning and subsequent play:

1.  THIS WAS NOT A SLIDE.  All the commentary from the pundits, coaches, teammates and Holliday himself describe the play as a slide ~ a “late” slide, but a slide nonetheless.  That’s crap.  A baseball slide by definition means hitting the ground face or feet first and it just didn’t happen here.  Look closely at the first part of the video above.  Matt Holliday made an intentional leep with both feet firmly aimed at Scutaro with, by his own admission, intent to disable him to keep him from making a play.  There was no slide.  He turned himself full force into a  6’4″, 235# human projectile aimed directly at Scutaro’s 5’10” 185# frame with intent to disable.

2.  HOLLIDAY’S RESPONSE.   “You’re trying to get to the second baseman and obviously trying to knock him down so he can’t turn a double play.  As long as you’re in the baseline, it’s within the rules.”   And he’s right.  Rules state that a runner can take out a fielder as long as the runner is close enough to be in contact with second base while doing so.

3.   HOLLIDAY HAD NO INTENTION OF SLIDING.  Holliday’s “regret” that he didn’t start the slide earlier really doesn’t hold water.  He had no intention of sliding to begin with.  He held back on the slide intentionally, waiting for precision timing to do exactly what he did.

4.  TOUGH GUY REPUTATION.   It’s acknowledged that Matt Holliday is well  known for his tough defensive plays.  Tim McCarver stated in his  post game coverage that Matt Holliday is one of the “toughest sliders” in the National League.   Tough slider huh.  What’s that compared to a non-tough slider?   Maybe a little unethical, dirty, bush league, not too classy?

5.  MLB RULES AND THE UMPIRE’S ROLE IN THE GAME.  Well, okay then.  MLB Rules allow a runner to take out a fielder as long as the runner is close enough to be in contact with second base while doing so (my translation).  But remember, he was no longer a runner.  And his “slide-that-was-not-a slide” was late ….. so late as to injure a player and enrage the fans.  So where’s the umpire’s role in this scenario?

After the play, the umpires convened near second base to discuss, as in “what should we do if the Giants pitcher decides to throw a retaliatory pitch, like “at the head” of Holliday when he comes up to bat”?   And what if it did happen and that retaliatory pitch permanently disabled or,  heaven forbid, killed the batter?  I’m not trying to be over-sensational here but this could happen and it has happened, granted a long time ago, but still.

6.  MLB RULE 9.01(d) GIVES UMPIRES BLANKET AUTHORITY.  It states that each umpire has authority to disqualify any player … for unsportsmanlike conduct or language and to eject such disqualified player from the playing field.  How often has that happened?  I mean, really.  Oh sure, someone swears at the umpire and he’s outta there in a New York Minute.  But a good clean play like this one?   Not a chance.  This would be comparable to football’s unnecessary roughness penalty or the unsportsmanlike conduct or more appropriately the “late hit” penalties which are designed to prevent debilitating injuries.  But, of course, you don’t see that in baseball, even though the umpire has full authority to make that call.

So here’s a challenge to the Major League Baseball Umpire’s Association.  ( I issued the same challenge to them back on February 23, 2012, “……Getting the Umpire Out of His Comfort Zone” but for some reason I’ve never heard back from them.

” ….. this is something that falls on the  Major League Umpires Association.  They’re the only ones who can get this violent aspect of the game  under control and they don’t need any rule changes to do it.   If they’d start bouncing players out of the game when they resort to these retaliatory pitches and the unnecessary violence at the plate and elsewhere, the players would get the message and it would stop.  The question is, will they?  The answer is,  probably not.  They’d have to move  a tad out of their comfort zone and who the heck wants to do that?”

Note:  I wrote this originally with an inference that Halliday was “out” before he made his “slide”.  In reality, the tag  on the base had been made, but the  umpire had not yet called the play and we all know you’re not out until you’re called out.   I’ve since deleted the reference.