Astros A Thing of the Past? Ask the Giants!

I sat down to write about Billy Beane this morning, but when I perused my emails I couldn’t resist posting another Sully Video.   This one caught my fancy because it’s bemoaning the Houston Astros of the good old days in comparison to the Astros of today.    This one really made me chuckle because, to tell you the truth, after sitting through not one but two series with the Houston Astros and the San Francisco Giants these past few weeks  I think the Astros are looking pretty darn good.  Maybe even futuristic …. a team of the future! 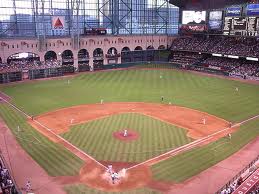 And my only criteria?   Total games played in two series so far in August ~ Five.   Astros Won 3, Giants Won 2.   Okay, granted the Giants aren’t exactly the frosting on the cake as far as winning games lately, but still, those Astros outscored them 21-14 in the series.  Just saying, the Astros may have the worst record in MLB today, but against the Giants they’re looking pretty darn good.

Take from that what you may, but leave it to Sully to come up with another thought-provoker early on a Saturday morning!