ON GREED, STUPIDITY, AND REALITY: “A” BASEBALL WISH

There is now rampant speculation that the twin prime-age free agents who have the so-called Hot Stove League in palpitations – the two are outfielder BRYCE HARPER  and MANNY MACHADO, both 26, burgeoning superstars and, in the estimation of many assholes, including me – will not sign contracts until February.  I find this difficult to believe, since it would be jaw-droppingly stupid (and unethical) but I hope hope hope that it happens, because the ethics lessons the consequences might teach could be momentous.  (Continue to full article linked below)

The Universal DH You Say?

You may have noticed or not that I’ve been away from my blog for awhile, not because I want to, but circumstances just sometimes get in the way.  But in the Wall Street Journal this morning there was an article that made me want to pound the keys again.

Referring to the Designated Hitter, Houston Astros Pitcher Gerrit Cole says this ~  “I don’t want their pitching and their talent to be affected by having to do something they’re really not comfortable doing.”  Well, excuse me, but boo-hoo, grab a binky and get comfortable …… please.    With the MINIMUM salary a MLB Baseball player earns being in the $500,000 Range and taking into account a pitcher only plays once every 4-5 days, if he’s good, it’s hard to sympathize with this DH thing.

Official Rules of Major League Baseball.  1:00 Objectives of the Game.  1:01  1st Sentence.  Baseball is a game between two teams of nine players each  ………. and so it goes.  And so it was from the beginning until 1973 when the American League decided to adopt a new rule, Rule 5.11.  This rule allows teams to have one player, referred to as the Designated Hitter, to bat in place of the Pitcher which obviously means that team will have 10 Players listed on its Roster for that game.  This rule has never been adopted by the National League, even though efforts to force them to do so have been made regularly since 1973.  And this year is no exception.

So, you say, what’s the fuss all about?  Baseball teams play 162 games each year, and the average player plays in most of them.   Compare this to football, basketball, hockey, soccer where games are rarely played back-to-back.   And there’s no time limit in a baseball game compared to these other sports.  A baseball game can last from 2 hours to 5, 6 hours or even longer.   The common inference is that baseball is a slow, lazy game so there’s not the physical exertion required in other sports.  But when you play 4 games in a row, sometimes two in one day, that argument loses some credibility.

Why has there never been an argument for a DC, Designated Catcher?  Can you imagine squatting for 9 innings?  The catcher is probably the most athletic person on the field and most of them are pretty good batters.

My point is this.  The average MLB Pitcher probably pitches maybe 40 games per year?  And he’s only on the field maybe half the time?  These are professional athletes and they should be hired not only for their positions on the field but “especially” for their ability to bat, to hit the ball.   You want to pitch in the Majors?  Then pick up a bat.

Because Baseball is a game between two teams of nine players each.

These are a few of the questions posed by Sportswriter Mark Purdy in today’s Santa Cruz Sentinel.  It would be laughable if it weren’t so infuriating.  He’s specifically referring to the NBA Champion Golden State Warriors. They supposedly voted unanimously last week to refuse an invitation to visit the White House, which was fake news because as of today they haven’t even been invited.  Steph Curry, Andre Igoudala and Coach Kerr have all expressed negative feelings about President Trump.

Two years ago when the Warriors won the NBA Championship they busted their tails to make it to the White House to visit Barack Obama.  Thrill of a lifetime I think they put it. Steph Curry has publicly stated that Obama is one of his biggest hero’s of all time, but of course Obama’s a big basketball fan so I’m sure that’s what all the gushing was about.

Barack Obama’s no longer in the White House, the thrill is gone and the current President is chopped liver.  So now no team in any sport should ever visit the White House again, ever.

Funny how that works.

In Defense of the Hitting Pitcher ~

Getting a ‘Bum’ Rap 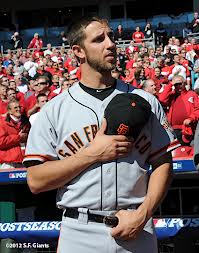 In 2014, Madison Bumgarner piqued the interest of baseball fans when he told reporters he wanted to participate in the Home Run Derby. In baseball’s greatest spectacle of power, the idea of letting a pitcher participate may seem like a novelty. But Bumgarner has compiled a legitimately impressive power resume, and if the time has ever come to allow a pitcher to mash against baseball’s greatest sluggers, Mad-Bum is as good a candidate as any.

He is massive at 6’5” and 250 lbs. For scale, that’s two inches and 30 lbs. heavier than Bryce Harper, arguably the game’s most feared power hitter. He’s a career .180 hitter, a run-of-the-mill average even for a pitcher, but he has 13 career home runs. According to baseball-reference.com, that’s a 162 game average of 10 home runs, a total that would put him above a number of light-hitting middle infielders or speedy defensive-specialist outfielders.

Through June 4th, Mad-Bum has as many homers as Jacoby Ellsbury, who once hit 32 in a season, as well as Jason Heyward, Mark Reynolds, or J.J. Hardy, all of whom have had good power records in their own right. He has a HR/AB ratio of 16.0, a mark better than Josh Donaldson, Kris Bryant, Mike Trout, and Miguel Cabrera (via ESPN Stat Cast). He, along with fellow Goliath Noah Syndergaard, is one of only two pitchers to hit multiple home runs this season and has as many dingers as teammates Matt Duffy, Angel Pagan, and Denard Span despite having only 32 at bats. That places him seventh on the Giants.

The new head-to-head format implemented last year sparked life into the Derby, as it allows players to compete in a more one-on-one format, making each round more exciting and meaningful and eliminating the lull-inducing marathon that tended to occur with the old format. So some may argue that putting a pitcher in the Derby and running the risk of an embarrassing performance outweighs the potential for some wild celebrations if he were to actually hit one.

(All stats via ESPN Stat Cast unless otherwise noted).

The Drama and Excitement of “Opening Day”! 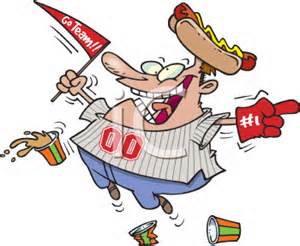 It’s finally here ~  Opening Day!  I’ve always advocated it should be declared a National Holiday.  Close the schools and free hot dogs for everyone.  A few years ago at Christmas, my son gave me game tickets for Opening Day.  It was just really a wonderful gesture and I appreciated it very much, even though I knew I wouldn’t be going to the game.  I’ve been in one of those godawful professions that prohibit anything fun, or any kind of life really,  for so long I can’t remember.  I’ve never been able to go to Spring Training or  Opening Day but today I finally put my foot down.  I closed the office, shut the blinds, turned on the TV and pulled up the easy chair.  I’m a tax preparer.  And a Giants fan.

So today when Madison Bumgarner took the mound bottom of the 1st inning against the Braves in Milwaukee I was stoked.  But the feeling of euphoria didn’t last long.  It had already been announced that Bum had a really bad case of the flu and had been flown by private jet, not with the rest of the team, so he could get some extra sleep along with his dose of flu meds and other gunk that might help him get his wits about him before game time.  Poor guy,  I was thinking as I watched him sweat it out, and wondered how an athlete in another sport might handle it.  In baseball, every pitch is a close-up, magnifying the sweat on his face the twitch in his eyes, and those pesky snot rockets, with no place to hide.   And almost immediately, the Giants were behind 1-0.

And then the phone rang ~ my sister.  She’s a Mariners fan from Seattle so didn’t understand the urgency of this drama I was going through. We finally hung up and I backed up the recording so I could start over again. The phone again ~this time  Jake, my grandson, who I knew wanted to talk  politics and that great Warriors/Trailblazer game over the week-end.

About an hour later I looked up at the score and it was something like 8-3 Giants. Glad I recorded the darn thing.  I excitedly told Jake about the Giants going ahead and he said that’s what he was calling about – the game was already over (I know for sure Pat and I hadn’t talked THAT long) and Giants won 12-3.   So I unplugged the phone and started the recording all over again.  But I’m telling you it really takes something out of the drama of the game when you already know the ending.

Next year I’m going to the  game, I don’t care where it’s being played, and I’m turning off that pesky phone.  And then I’m petitioning Manfred and Congress to declare Opening Day henceforth to be April 16th, a National Holiday.

Getting ansy for baseball and it’s only February. I was browsing through some of my old posts and this was one of the more popular ones, and one of my favorites, probably because it’s still relevant. “Moneyball” came out two months after this post. I kind of thought I inspired the movie until I found out it was a book before it was a movie.

A few months ago I signed up for the Annual SABR conference in Long Beach.  I wanted to learn about Sabermetrics,  the science of analyzing baseball  in unorthodox ways,  at least when compared with traditional “see ball, hit ball, run” stats. The term is derived from  SABR, which stands for the Society for American Baseball Research.

After reading everything I could get my hands on about the subject, I found this great  Sully video (what would we do without him?) and discovered everything I need to know about Sabermetrics, which is, I don’t need to know anything.

A few days ago a fellow BBA Blogger, Bryan O’Connor, wrote a post that relates to this very subject.  I had to save and read later, because I couldn’t understand it.  Here, see how you do with it ~ Bumgarnering Around …..

Wow!  How confusing is this stuff?  I jotted down a few…

Loving Baseball … And No, Not Just Because it’s Valentine’s Day.

It’s Valentine’s Day and I found the perfect little ditty to share with you.  I found it in all places in a teen magazine called,  “Teen Ink”.  Here’s an excerpt from the article:

For the Love of Baseball”  by Joyce, Monterey Park, CA.

We don’t just love baseball, don’t just watch baseball, don’t just talk about baseball – we live baseball and our team’s every season, every game, every inning, and every pitch. We cheer on the rookies and bow down to the retiring heroes. We drive home anxiously from work or school to catch the first pitch and stay up late to savor the closing of a great game. We feel the agony of errors, wild pitches, and blown saves. We argue balls, strikes, and close plays.

We understand and can distinguish between double plays such as the 6-4-3 and the 5-4-3. We appreciate a sacrifice bunt/hit to…